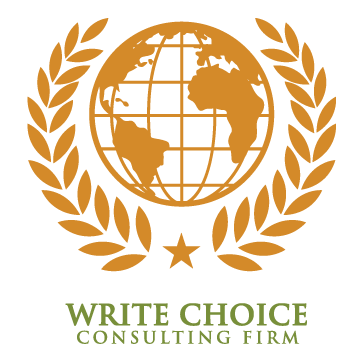 Sexual harassment is unwelcome conduct of a sexual nature which makes a person feel offended, humiliated and/or intimidated. It includes situations where a person is asked to engage in sexual activity as a condition of that person’s employment, as well as situations which create an environment which is hostile, intimidating or humiliating for the recipient. Sexual harassment can involve one or more incidents and actions constituting harassment may be physical, verbal and non-verbal. Examples of conduct or behavior which constitute sexual harassment include, but are not limited to:

Verbal conduct • Comments on a worker’s or students appearance, age, private life, etc. • Sexual comments, stories and jokes • Sexual advances • Repeated and unwanted social invitations for dates or physical intimacy • Insults based on the sex of the worker or student • Condescending or paternalistic remarks • Sending sexually explicit messages (by phone or by email)

The person carrying out the investigation will: • Interview the victim and the alleged harasser separately • Interview other relevant third parties separately • Decide whether or not the incident(s) of sexual harassment took place • Produce a report detailing the investigations, findings and any recommendations • If the harassment took place, decide what the appropriate remedy for the victim is, in consultation with the victim (i.e.- an apology, a change to working arrangements, a promotion if the victim was demoted as a result of the harassment, training for the harasser, discipline, suspension, dismissal) • Follow up to ensure that the recommendations are implemented, that the behavior has stopped and that the victim is satisfied with the outcome • If it cannot determine that the harassment took place, he/she may still make recommendations to ensure proper functioning of the workplace • Keep a record of all actions taken • Ensure that the all records concerning the matter are kept confidential • Ensure that the process is done as quickly as possible and in any event within 14 days of the complaint being made Outside complaints mechanisms A person who has been subject to sexual harassment can also make a complaint outside of the company. They can do so through the chosen Human Resource Consultant at Write Choice Consulting Firm. Sanctions and disciplinary measures Anyone who has been found to have sexually harassed another person under the terms of this policy is liable to any of the following sanctions: • Verbal or written warning • Adverse performance evaluation • Reduction in wages • Transfer • Demotion • Suspension • Dismissal The nature of the sanctions will depend on the gravity and extent of the harassment. Suitable deterrent sanctions will be applied to ensure that incidents of sexual harassment are not treated as trivial. Certain serious cases, including physical violence, will result in the immediate dismissal of the harasser

Write Choice Consulting Firm recognizes the importance of monitoring this sexual harassment policy and will ensure that it anonymously collects statistics and data as to how it is used and whether or not it is effective. Supervisors, managers and those responsible for dealing with sexual harassment cases will report on compliance with this policy, including the number of incidents, how they were dealt with, and any recommendations made. This will be done on a yearly basis. As a result of this report, the company will evaluate the effectiveness of this policy and make any changes needed.